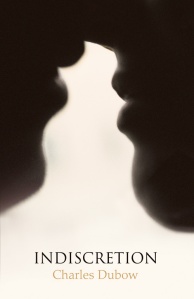 Harry and Madeleine Winslow are blessed with talent, money, and charm. Harry is an award–winning author on the cusp of greatness. Madeleine is a woman of sublime beauty and grace whose elemental goodness belies a privileged upbringing. Bonded by deep devotion, their marriage is both envied and admired by friends who spend summers at their East Hampton idyll.

When a holiday fling turns disastrously wrong, 26-year-old Claire falls into the Winslows’ welcoming orbit. They are enchanted by her youth and intelligence. In turn, Claire is entranced by Harry and Maddy. The love that exists between them is something of which, until now, she could only dream.

Seen through the omniscient eyes of Maddy’s childhood friend Walter, a narrator akin to Nick Carraway in The Great Gatsby, Indiscretion is a story about the complexities of love, the dangerous nature of desire and how obsession can tear apart even the most perfect of worlds.

Indiscretion follows the lives of the rich and lucky–filled with summer houses in New England, apartments in the city and obnoxiously expensive drinks and meals.  I honestly didn’t think I would enjoy this book when I started it… after all these are the people N and I make fun of on a daily basis, and living in London that’s pretty easy to do.  I can also see how this book could be compared to the infamous The Great Gatsby; there were a lot of similarities and parallels between the two stories.  While reading the book, I couldn’t help but wonder… that’s how the other half lives then?

Despite my initial misgivings I got sucked into the whirlwind affair and the repercussions that followed.  Indiscretion is one of those books that gets under your skin, grabs hold and doesn’t let go until the very grim ending.  From the moment of Maddy and Harry’s acceptance of Claire, I knew something was about to kick off… I just didn’t know how or when.  The result was addictive and Walter’s fly-on-the-wall narrative left me scandalised.

I don’t think I actually liked a single character in this book–but I think that’s one of Dubow’s points.  They’re all shady, reprehensible people living their rich, secretive lives and hurting each other with little regard until it’s too late.  Even Walter, the narrator and best friend, is a bit of a creep and ends up getting what he always wanted, just not in the way he envisioned.

I think this book will do well with a more serious set of readers.  It’s not necessarily a beach read or anything, but I think it will do well… particularly as Gatsby is currently a hot item.  It’s a slow burner, but if you stick with it you’ll be glad you did.

Indiscretion is out in print on 4 July 2013 and is already available digitally.  For more information on the author or Indiscretion, check out the Harper Collins website.

If you’re interested in getting in touch, tweet me at @stephanie_khani or @londondiaries1.  Alternatively you can email me at emailthelondondiaries [at] gmail.com.